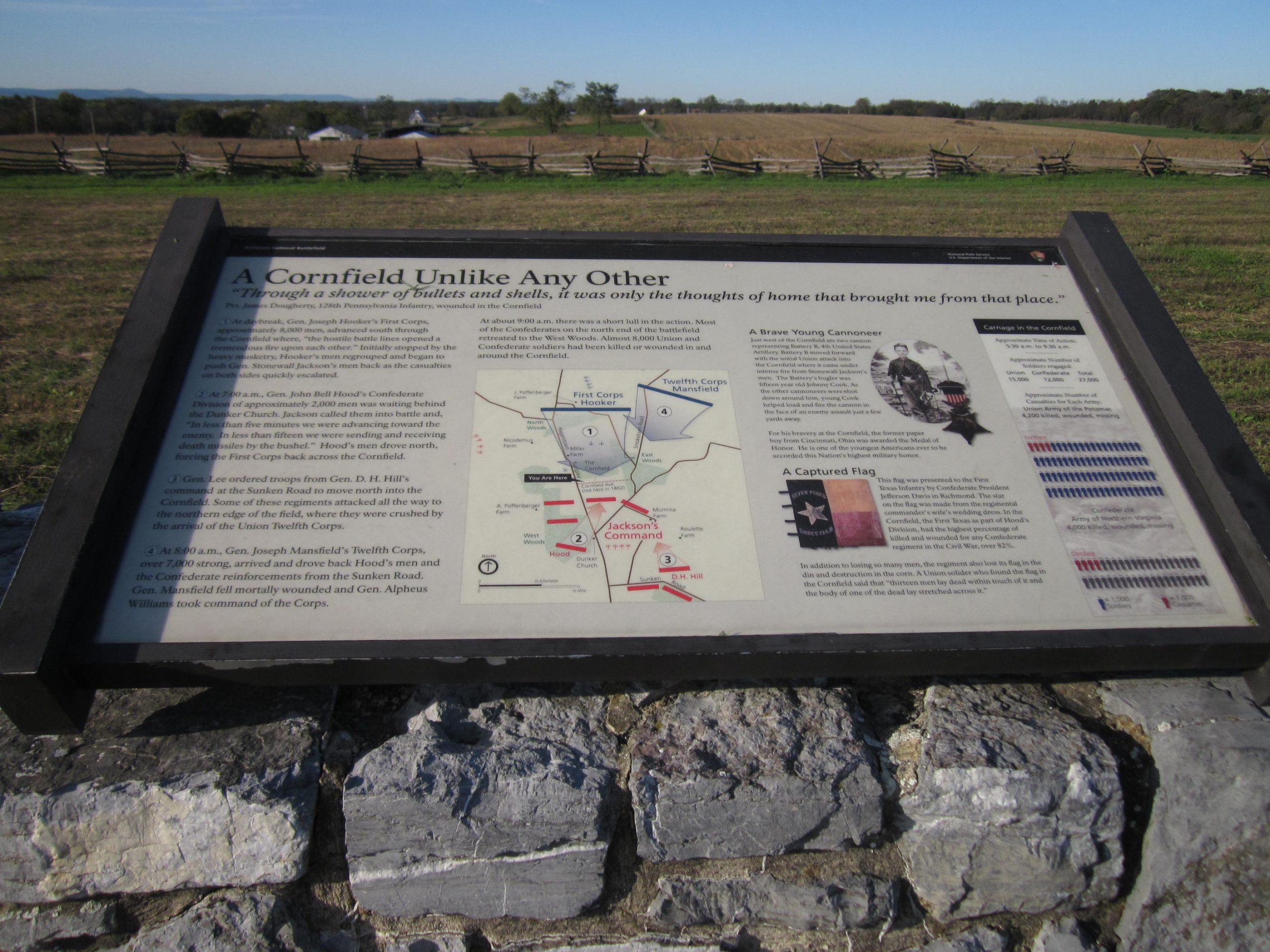 Now that the the battlefield ground south of and opposite the Miller Cornfield is officially part of the National Park, the Park Service has begun a project to create new on-site interpretive displays about the battle action there on September 1862.

As always, the US Park Service budget is lean, so the Antietam Institute is cooperating with the Park by kicking off this campaign to raise the funds needed to make this happen.

Contribute to the Campaign

More about the battlefield wayside markers

Contribute to the Campaign